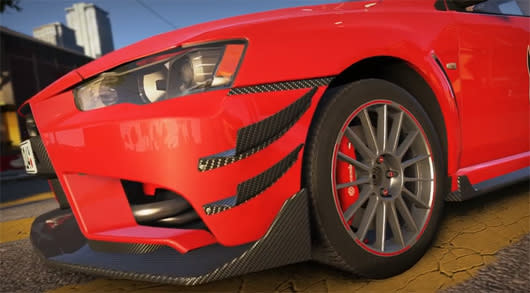 World of Speed's latest trailer takes you on a tour of London alongside a pair of World Rally Championship stalwarts. The Subaru Impreza WRX STi and the Mitsubishi Lancer Evolution X are the stars of this show, which lasts for a little over a minute.

In this article: Impreza-WRX-STI, lancer-evolution, racing, racing-mmo, slightly-mad, Slightly-Mad-Studios, trailer, video, world-of-speed, world-of-speed-trailer
All products recommended by Engadget are selected by our editorial team, independent of our parent company. Some of our stories include affiliate links. If you buy something through one of these links, we may earn an affiliate commission.