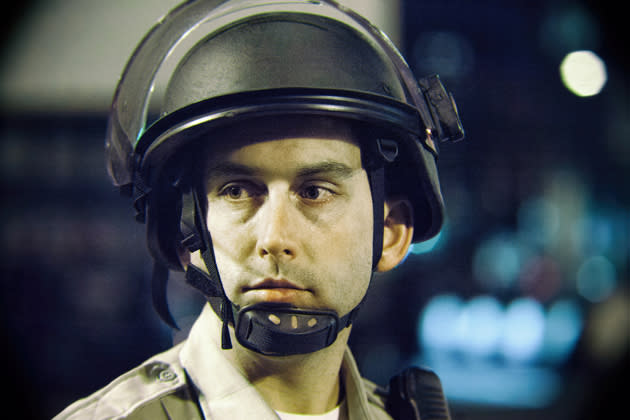 As the Ferguson protests made exceedingly clear, citizen journalism is both a blessing and a curse; while it can expose police brutality and censorship, it's also prone to misinformation. But how do you illustrate the complexity of the subject for the general public? If you're developer Nicky Case, who has a history of tackling difficult subjects, you build a game around it. His as yet unnamed title will have your character trying to gain Twitter followers (that is, score points) by taking photos at controversial events like protests. The trick will be to accurately capture what's happening without polarizing any group more than necessary. You may want to photograph police corruption, but the cops could block you from certain areas if you antagonize them too quickly; at the same time, you don't want to take extreme shots that turn peaceful protests into riots.

The game is a long way from completion, but it's likely to remain topical so long as people on social networks can tell stories that won't necessarily show up in the mainstream media... in other words, for quite a while. Even if the effort doesn't capture widespread attention, though, Case sees it as a commentary on the game industry's inability to take some subjects seriously. He believes that Battlefield Hardline glorifies police militarization, for example, while Watch Dogs doesn't do much to address concerns about unchecked government surveillance. As far as Case is concerned, his project will succeed so long as it makes you question whether or not games and news outlets are telling you the full story.

In this article: citizenjournalism, ferguson, gaming, journalism, media, nickycase, police, PoliceBrutality, videogames
All products recommended by Engadget are selected by our editorial team, independent of our parent company. Some of our stories include affiliate links. If you buy something through one of these links, we may earn an affiliate commission.