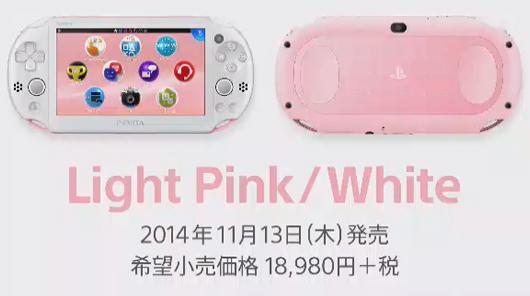 Sony announced a new pink PlayStation Vita system during its SCEJA Press Conference today. The back of the system is light pink and the front-facing part is white. Sony will launch the pretty new Vita on November 13 in Japan. It will cost players 18,980 yen (roughly $182.20).
[Image: Sony]
In this article: announcement, console, japan, light-pink-white-vita, pink, playstation, playstation-japan-2014, playstation-vita, SCEJ, sony, tgs-2014, vita
All products recommended by Engadget are selected by our editorial team, independent of our parent company. Some of our stories include affiliate links. If you buy something through one of these links, we may earn an affiliate commission.