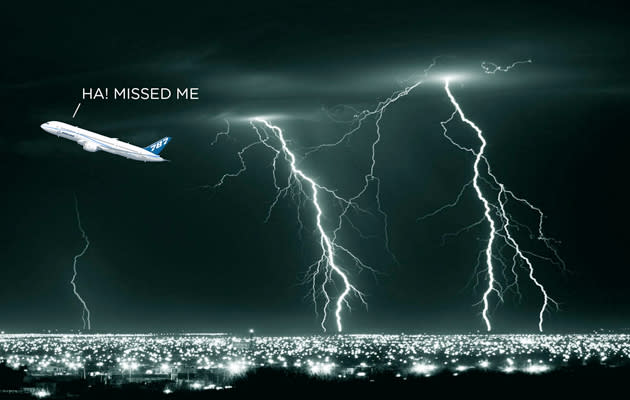 Turbulence hasn't gone away, but apparently we experience a lot less of it now than we did a decade ago. The New York Times is reporting that as airlines upgrade their weather systems from telex to tablets, pilots' ability to avoid choppy sky has vastly improved. As well as this, better satellite imaging and weather forecasting has enabled airlines to cut the amount of weather-based delays from 50 percent in 2003 to 36 percent in 2013. In addition, Delta and American Airlines have now outfitted some of their craft with sensors that automatically transmit data to dispatches, keeping subsequent flights out of trouble. The report goes on to say that we're also on the cusp of another big weather resolution, since high-power imaging satellites, due to commence operation in 2016, will massively increase an airline's ability to predict when airports will get shut down - and hopefully, save future generations from trying to catch some sleep on those nasty-ass chairs at Philadelphia airport.

In this article: Airlines, American Airlines, Delta, FAA, National Weather Service, Turbulence, Weather
All products recommended by Engadget are selected by our editorial team, independent of our parent company. Some of our stories include affiliate links. If you buy something through one of these links, we may earn an affiliate commission.