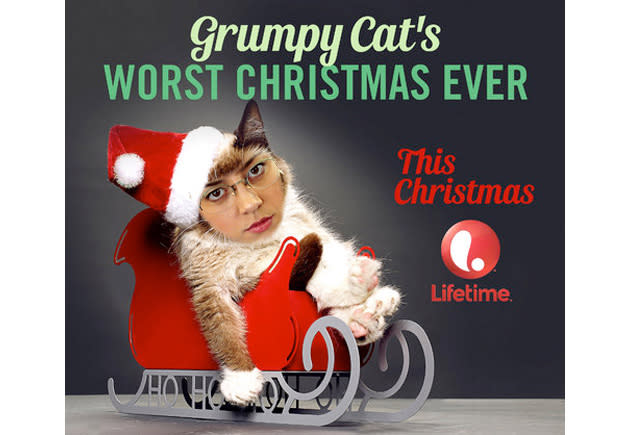 Grumpy Cat, as you probably have heard by now, is set to star in its own motion picture. Worse yet, it's going to be a made-for-TV holiday film on Lifetime. But, before you put your plant to sabotage the production into action (I'm confident your plan involving buckets of cat pee and spiking the water cooler with LSD would have worked), consider this: Aubrey Plaza has signed up to voice the unstoppable cat meme. Now, we're not saying that the Parks and Rec star is enough to save Grumpy Cat's Worst Christmas Ever from be an unbearable pile of dreck, but the enigmatic Plaza has made few missteps at this point in her career.

In this article: Aubrey Plaza, grumpy cat, grumpy cats worst christmas ever, lifetime
All products recommended by Engadget are selected by our editorial team, independent of our parent company. Some of our stories include affiliate links. If you buy something through one of these links, we may earn an affiliate commission.