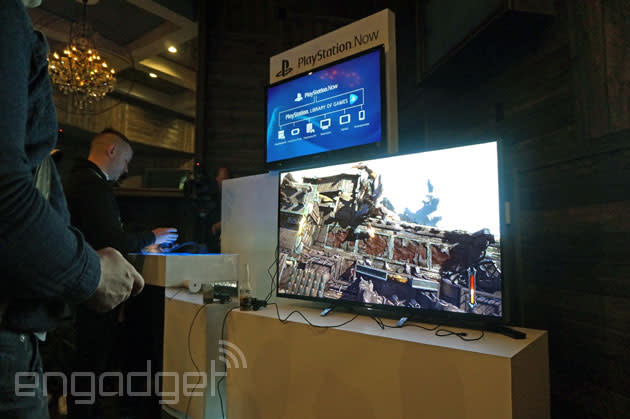 With the PlayStation Now beta just opening to a larger chunk of the gaming population, you might be wondering how the streaming service came to Sony in the first place. Why did Gaikai drop its entire PC audience to join a console maker? Thankfully for you, Gaikai chief David Perry has just shed light on that transition in an interview with GameInformer. Simply put, streaming on computers was becoming a nightmare for Perry's team before the 2012 acquisition. The sheer number of compatibility problems was "massively reducing" the number of titles Gaikai could support, and the software required increasingly elaborate tricks (such as image recognition) just to run at all. The company wanted to escape these headaches by going to a platform with standardized elements like controllers and copy protection. When Sony came knocking, it quickly became clear that the PlayStation was a good match -- it solved many challenges in one fell swoop.

Perry is more than willing to talk about game streaming's present and future as well. He notes that the PlayStation Now test run has been going smoothly, and that it exists primarily to give his crew freedom to experiment with new techniques before Now is ready for primetime. It won't just be a matter of refinement in the future, though. Besides introducing social features like Share Play, Perry is hoping to expand device and game support; he has already promised streaming for older PlayStation releases. He'd ideally support "every game ever," so long as the technology allowed it. In the long run, he also sees the cloud enabling software that isn't possible when you're limited by the processing power of a box in your living room. "You could just completely let [developers] go wild and free," he says. That's not likely to happen soon, but it's good to know that streaming could improve the quality of the games you play, not just how you play them.

In this article: console, davidperry, gaikai, games, gamestreaming, gaming, playstation, playstationnow, ps3, ps4, sony, streaming, videogames
All products recommended by Engadget are selected by our editorial team, independent of our parent company. Some of our stories include affiliate links. If you buy something through one of these links, we may earn an affiliate commission.