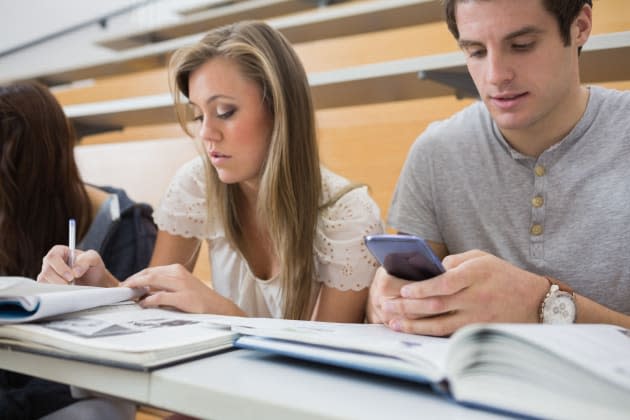 Not sure if you're depressed? Your smartphone may be able to clue you in. Researchers at Dartmouth have developed an Android app that keeps tabs on student behavior -- silently logging how long they sleep, the number of conversations they have, how much time they spend in class, at social events or at the gym and even stress levels and eating habits. Using well-known mental health surveys as a benchmark, researchers were able to use the data to determine if students in its test group were depressed, stressed out or lonely, and eventually found correlations between mental health and academic performance.

Researchers discovered, for instance, that students with high levels of social activity tend to have higher grades, but also may be less physically active. Students who were found to be more physically active and socially engaged tended to be less depressed, too. A more fleshed out version of the app could potentially warn students if their mental state is worsening, and could additionally use that data to predict their GPA. Still, such an app could be awhile off: the app's creators admit that there are some security concerns that need to be worked out. The test program, at least, is secure - researchers anonymize all of the data taken in my the smartphones, and at this point participants aren't even given feedback from the app, as it could effect student behaviors and contaminate the research. Either way, the functionality is compelling: in the future, your phone might be able to give you mental health diagnosis on the fly.

In this article: Android, Dartmouth, depression, education, health
All products recommended by Engadget are selected by our editorial team, independent of our parent company. Some of our stories include affiliate links. If you buy something through one of these links, we may earn an affiliate commission.