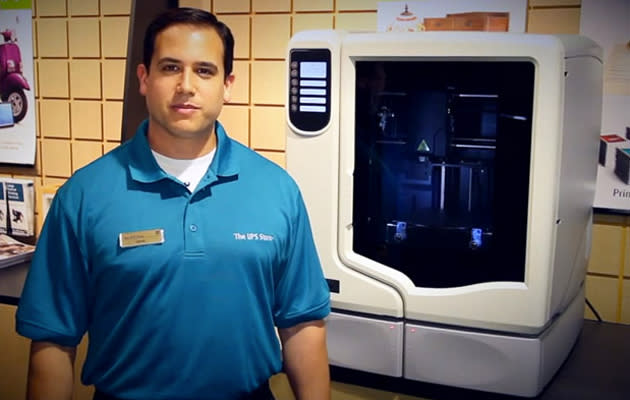 UPS' experiment with in-store 3D printers apparently went off without a hitch -- the shipping service has expanded the availability of 3D printing services from six test markets to nearly 100 locations across the US. While the hardware is still concentrated in a relatively small batch of cities, such as New York and Chicago, there's now a much better chance that a shop near you has the gear for printing everything from prototypes to one-of-a-kind phone cases. There's no word of any additional rollouts at this stage. However, it's reasonable to presume that more stores will get on-the-spot object making if it proves popular with crafters nationwide.

In this article: 3dprinter, 3dprinting, smallbusiness, stratasys, ups, upsstore, video
All products recommended by Engadget are selected by our editorial team, independent of our parent company. Some of our stories include affiliate links. If you buy something through one of these links, we may earn an affiliate commission.