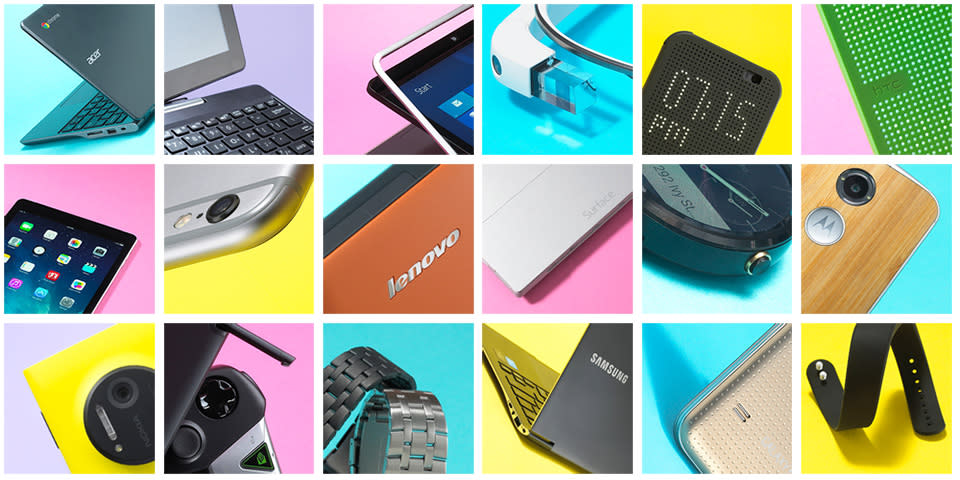 Here at Engadget, we make good on our promises. So when we say we're going to be updating our buyer's guide more frequently, well, gosh darn, we mean it. Roughly two months after we re-launched the guide, we're adding a bunch of new gadgets, including the iPhone 6 and 6 Plus, the new Moto X, HTC One M8 for Windows, the Acer C720 Chromebook, the NVIDIA Shield gaming tablet and the Moto 360 smartwatch. Of course, we also had to remove some of our original picks to make room for the new ones: The new, 5.2-inch Moto X takes the place of the old 4.7-inch one, while the Moto 360 overtakes the Samsung Gear Live -- formerly our favorite Android Wear device. We're also getting rid of all the BlackBerrys for now. That's not to say BBM hold-outs should switch operating systems, but until we get to try the new BlackBerry Passport, we're going to refrain from including those older models. Check out our guide right here, and stay tuned for more updates next month -- who knows what we'll be adding then!

In this article: apple, Buyers guide, buyersguide, htc, htc one m8, htconem8, iphone 6, iphone 6 plus, iphone6, iphone6plus, moto 360, moto x, moto360, motox, nvidia, nvidia shield, nvidiashield, nvidiashieldtablet, one m8, onem8forwindowsphone, shieldtablet
All products recommended by Engadget are selected by our editorial team, independent of our parent company. Some of our stories include affiliate links. If you buy something through one of these links, we may earn an affiliate commission.