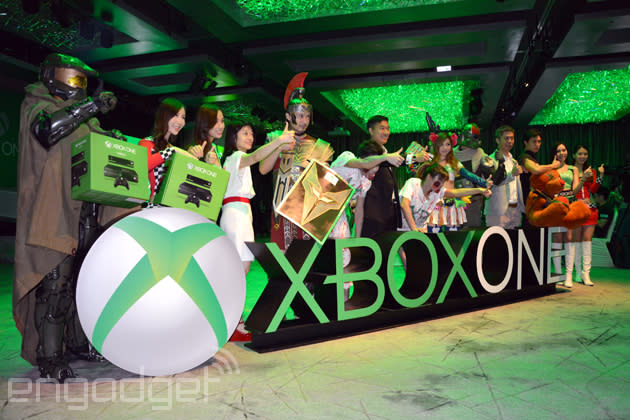 Wherever you look, the PlayStation 4 is outselling the Xbox One by a considerable margin. In fact, Sony sold twice as many consoles in the UK as Microsoft in Destiny's launch week, leaving its rival with another considerable hill to climb. One way Microsoft could claw back some of its lost market share is to drop the price of the Xbox One, again, which is something it's decided to do today. To little fanfare, Microsoft slashed £20 off the price of the Kinectless Xbox One on its official store, meaning you'll now pay only £329.99. Amazon has reacted to the price cut too, but has gone one better by offering Sunset Overdrive White Xbox One bundle pre-orders for the exactly the same price. It means that in the space of 10 months, the console has undergone three price reductions, saving late-adopters at least £100 in the process. For the time being, the Xbox One is officially cheaper than the £349.99 PlayStation 4 (which is also the subject of some seriously good deals), but as both consoles have already dipped below the £300 mark, we're pretty sure Sony won't be too worried by today's discount.

In this article: amazon, microsoft, microsoft store, playstation 4, ps4, sony, uk-feature, xbox, xbox one
All products recommended by Engadget are selected by our editorial team, independent of our parent company. Some of our stories include affiliate links. If you buy something through one of these links, we may earn an affiliate commission.