Uber picked up some of Bing's mapping tech and employees (update) 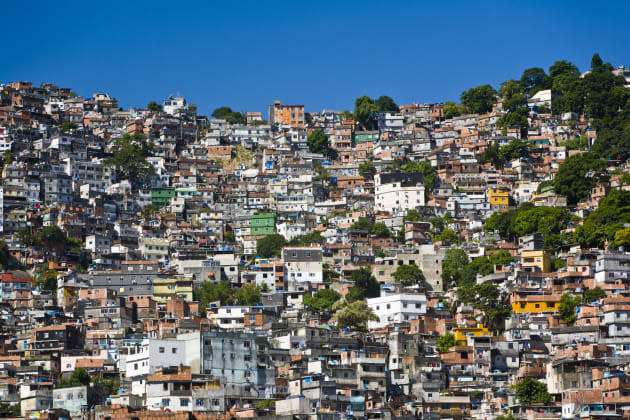 To the Brazilian government, favelas, often referred to as "the slums," don't portray an image they're willing to share with the world. So much so, in fact, that during the past World Cup some favela residents were reportedly being forced to leave their homes behind, as Brazil officials were looking to polish areas surrounding the stadiums playing host to the most watched sporting event on the planet. In Rio de Janeiro, favelas make up roughly a quarter of the population, yet somehow they aren't often found city maps, either physical or online. To help with the latter, The Wall Street Journal is reporting that Google and Microsoft have begun mapping Rio's favelas, albeit both companies are doing so in separate initiatives.

Interestingly enough, the two giant technology companies are crowdsourcing the information; given the lack of cooperation from Brazil's government, they are relying on the favela communities to gather data for Google Maps and Bing Maps. "Online presence is really important to opening them up and getting them integrated into the city," Google Director of Marketing for Latin America, Esteban Walther, said to The Wall Street Journal.

In this article: Bing Maps, Brazil, Favelas, Google, Google Maps, Maps, Microsoft, Rio, Rio de Janeiro, RiodeJaneiro
All products recommended by Engadget are selected by our editorial team, independent of our parent company. Some of our stories include affiliate links. If you buy something through one of these links, we may earn an affiliate commission.