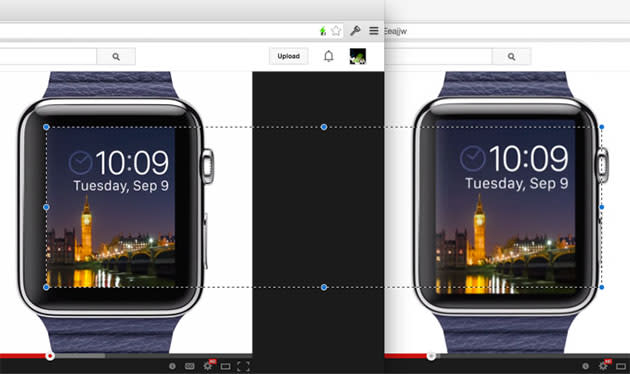 Apple has released a new version of its Apple Watch design video, and a perceptive viewer noticed a slightly different design from the original. Most noticeable is a smaller sapphire screen and larger bezel on the Watch render, which appears to more closely match the prototype hardware we saw last month. None of this too surprising -- Apple had no doubt prepared the video using 3D renders before the final design was locked, and the changes are small enough that most folks won't care. Still, it does make us wonder if there may be more fine-tuning before production starts in January, especially given rumors of battery-life issues.

In this article: apple, screen, size, tweak, video, Watch
All products recommended by Engadget are selected by our editorial team, independent of our parent company. Some of our stories include affiliate links. If you buy something through one of these links, we may earn an affiliate commission.