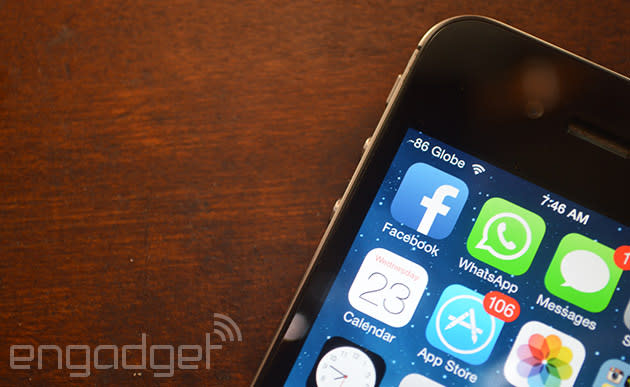 US regulators may have given Facebook's $19 billion acquisition of WhatsApp the thumbs-up some time ago, but the social network was still waiting for the EU to do the same. Now, thankfully, approval has been handed down from European Commissioner Joaquin Almunia, who says that, thanks to the presence of healthy rivals like Line, Viber and iMessage, the deal won't hamper competition in the messaging market. Zuckberg and Co. had to agree to protect user privacy in the States before getting the official go-ahead, and in Europe antitrust watchdogs sent questionnaires to the competition in order to gauge the impact on the messaging game before deciding. In May, Facebook looked into getting the European Commission involved to bypass the holdup of waiting on each country to okay the deal. Of course, there's a lot of sexting to take into account across the pond, so officials had to be careful with the due diligence.

In this article: approval, eu, facebook, mobilepostcross, regulation, whatsapp
All products recommended by Engadget are selected by our editorial team, independent of our parent company. Some of our stories include affiliate links. If you buy something through one of these links, we may earn an affiliate commission.