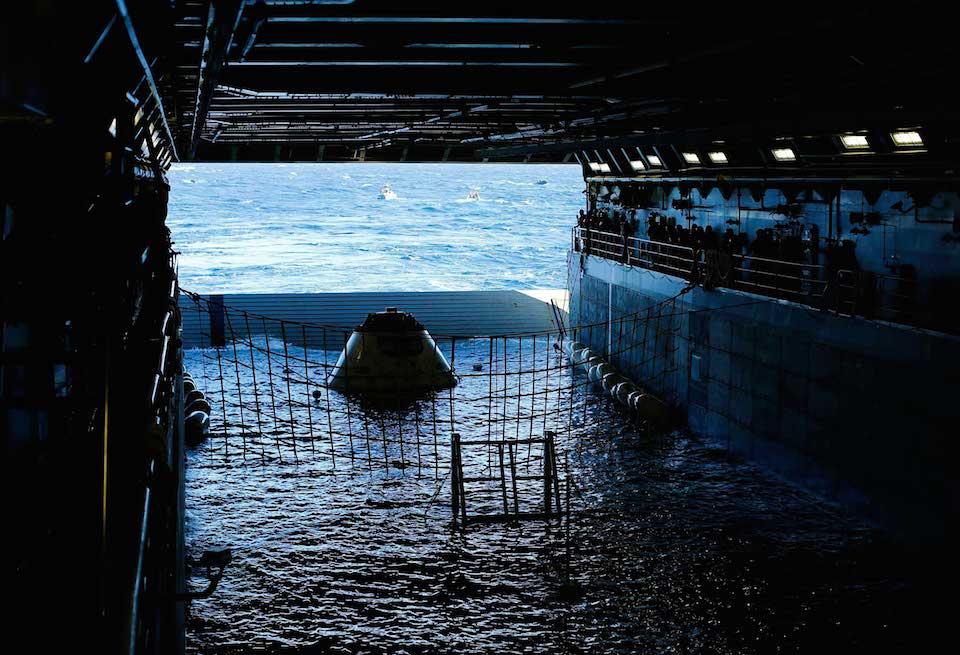 It might take some time before space taxis become the real deal. Yet, that doesn't take away from the fact they're extraordinarily amazing in their current stage. One of the most well-known programs is, of course, NASA's Orion capsule, which has been in development for a few years now. Obviously, putting Orion through its paces is key for the space administration. So, what you see above is a test model of the spacecraft while it floats inside the USS Anchorage, a US Navy ship. Reuters snapped the image after Orion was found during a recovery test near the Californian coast, as NASA prepares by simulating different scenarios ahead of the capsule's first official unmanned launch.

In this article: BigPicture, NASA, Orion, Space, space capsule, The Big Picture, TheBigPicture, US Navy, USNavy
All products recommended by Engadget are selected by our editorial team, independent of our parent company. Some of our stories include affiliate links. If you buy something through one of these links, we may earn an affiliate commission.