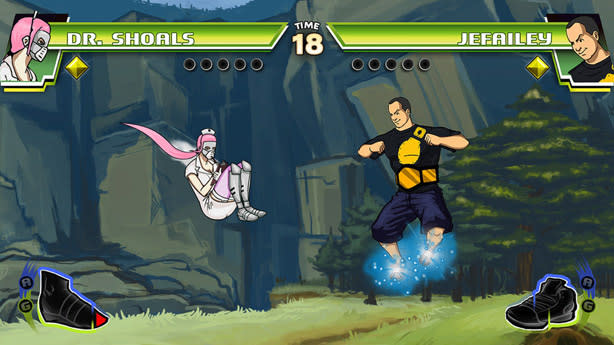 Two-button, no-joystick fighter Divekick will hit the Xbox One and PlayStation 4 this week with the launch of a newly expanded port, developer Iron Galaxy Studios announced.

Divekick Addition Edition+ will launch for the PlayStation 4 in North America later today, and will premiere via PSN in Europe and worldwide on the Xbox One on October 8.

[Image: Iron Galaxy Studios]
In this article: divekick, iron-galaxy, iron-galaxy-studios, microsoft, playstation, ps4, release-date, xbox-one
All products recommended by Engadget are selected by our editorial team, independent of our parent company. Some of our stories include affiliate links. If you buy something through one of these links, we may earn an affiliate commission.