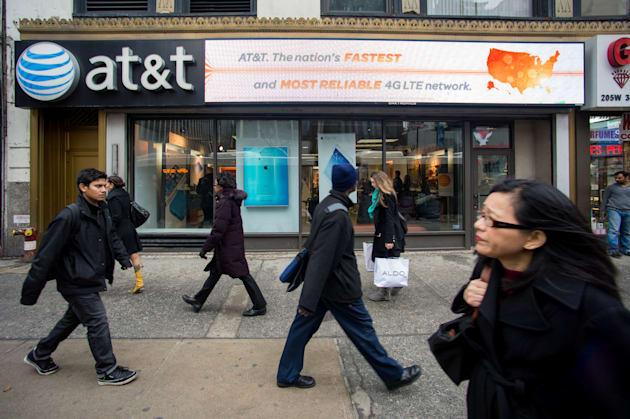 In order to settle an FTC complaint over unauthorized third-party charges, AT&T will pay $80 million to the Commission for customer refunds. The FTC complaint alleges that the carrier billed "hundreds of millions of dollars" in charges from outside companies for subscriptions, ringtones, horoscopes and more without consent -- a practice more commonly referred to as mobile cramming. It also states that AT&T pocketed at least 35 percent of collected funds that usually appeared as $9.99 monthly additions. Folks who think they might've been charged without giving proper consent can submit a claim with the FTC starting today. AT&T will also pay $20 million in penalties and fees to 50 states and the District of Columbia alongside a $5 million penalty to the FCC. That brings the grand total of the settlement to $105 million. An AT&T spokesperson responded to the matter, noting (among other things) that it was the first carrier to stop billing for this so-called premium SMS content in late 2013. The rest of the statement resides after the jump.

In the past, our wireless customers could purchase services like ringtones from other companies using Premium Short Messaging Services (PSMS) and we would put those charges on their bills. Other wireless carriers did the same.

While we had rigorous protections in place to guard consumers against unauthorized billing from these companies, last year we discontinued third-party billing for PSMS services.

Today, we reached a broad settlement to resolve claims that some of our wireless customers were billed for charges from third-parties that the customers did not authorize. This settlement gives our customers who believe they were wrongfully billed for PSMS services the ability to get a refund.

In this article: att, cramming, ftc, mobilecramming, mobilepostcross, refund, settlement
All products recommended by Engadget are selected by our editorial team, independent of our parent company. Some of our stories include affiliate links. If you buy something through one of these links, we may earn an affiliate commission.