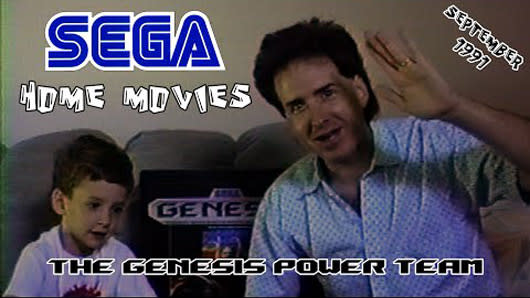 Long before the days of YouTube, gaming enthusiasts had to make the best of home video recording equipment to express their passion for the medium. The above clip, unearthed and uploaded more than 20 years after its initial recording, shows a loving, geeky father sharing his hobby with his now-adult son.

Tyler Esposito's father produced this video in the hopes of selling his New York relatives on the Sega Genesis. Dad here has uncanny taste in games, and surely made a powerful argument with footage of 16-bit classics like Strider, Ghostbusters, The Revenge of Shinobi, and Castle of Illusion.

Esposito's father has since passed on, but his enthusiasm for gaming and love for his son is plain to see in the video he left behind. It's a must-watch if you want to see pure, generation-spanning appreciation for a medium that has since exploded in popularity.

[Video: The Sega Channel]
In this article: 16-bit, sega, sega-genesis
All products recommended by Engadget are selected by our editorial team, independent of our parent company. Some of our stories include affiliate links. If you buy something through one of these links, we may earn an affiliate commission.