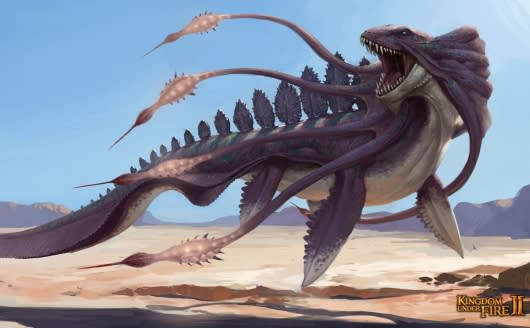 After spending over seven years in development, Kingdom Under Fire II may be seeing the light at the end of the tunnel. It's currently in beta testing in southeast Asia and has plans for US and EU tests before the end of 2014.

Game Director Sang Youn Lee said that the title's lengthy development was compounded by a format switch from a single-player Xbox title to an MMO for the PC and PlayStation 4. The cost for the game also spiraled upward over the years. "The scale of the game has expanded to three or four times what it was at first," Sang Youn Lee told Kotaku. "$15,000,000 was the first budget for the game. Now it is $50,000,000."

Kingdom Under Fire II blends RPG and RTS elements to allow players to lead up to 500 soldiers in battles against each other rather than against the computer. Reportedly, the game can handle displaying 10,000 troops in combat at the same time.
In this article: beta, beta-test, blueside, console, interview, kingdom-under-fire-2, kingdom-under-fire-ii, kuf, kufii, mmorts, pc, playstation-4, ps4, Sang-Youn-Lee
All products recommended by Engadget are selected by our editorial team, independent of our parent company. Some of our stories include affiliate links. If you buy something through one of these links, we may earn an affiliate commission.