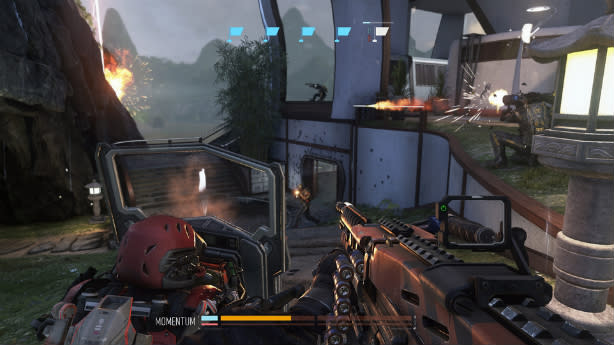 The season pass for Call of Duty: Advanced Warfare grants players four DLC packs, early access to DLC weapons and the bonus multiplayer map, Atlas Gorge, on day one. The season pass costs $50, a $10 savings if you were to purchase each $15 DLC pack individually.

The four packs in the pass are Havok, Ascendance, Supremacy and Reckoning. Havok is due out in January on Xbox Live, with other platforms to follow – Microsoft has a deal to get Advanced Warfare DLC first, as it historically does with the Call of Duty franchise.

See the Advanced Warfare season pass trailer below.
In this article: call-of-duty-advanced-warfare, DLC, microsoft, pc, playstation, ps3, ps4, season-pass, xbox, xbox-one
All products recommended by Engadget are selected by our editorial team, independent of our parent company. Some of our stories include affiliate links. If you buy something through one of these links, we may earn an affiliate commission.