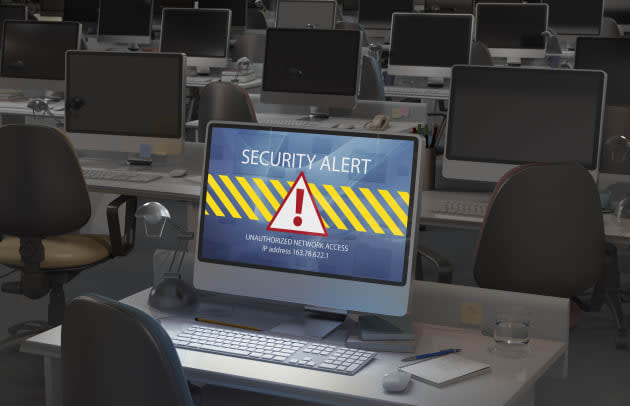 Think your completely isolated, internet-disconnected "air gap" computer network is secure from wireless infiltration? Think again -- security researchers at Ben-Gurion University in Israel have found a way to lift data from closed networks using little more than a standard computer monitor and FM radio waves. It's a pretty clever trick: researchers have created a keylogging app called AirHopper that can transmit radio frequencies by exploiting the PC's display. A companion app on an FM-equipped smartphone can decode those transmissions and record the host machine's keystrokes in real-time.

It's not the first time FM radio waves have been used to smuggle data out of an air gap network, but this method can be done without PC connected speakers and without either device being connected to an outside network. Like previous methods, it doesn't it has a fairly short range (about 7 meters) and can't transmit more than a few bytes a second, but that's more than enough to nab passwords or other sensitive text data. The group has already released a short video of the exploit in action, and intends to publish a more detailed paper on the subject at Malcon 2014 later this week.

In this article: airgap, fmradio, hacking, networking, radio, security
All products recommended by Engadget are selected by our editorial team, independent of our parent company. Some of our stories include affiliate links. If you buy something through one of these links, we may earn an affiliate commission.