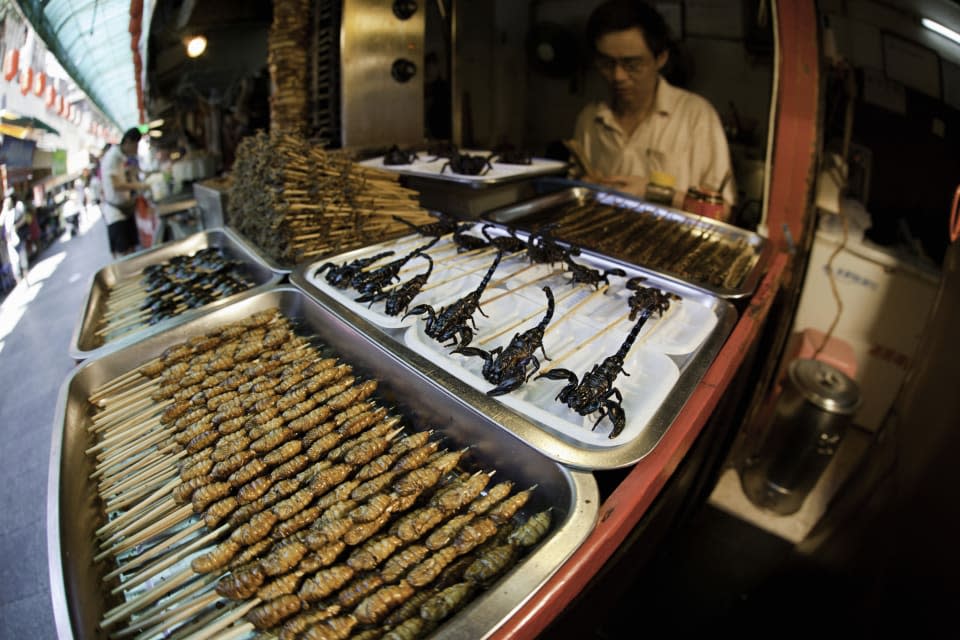 Humanity currently numbers in the 7 billion range. By 2050, the United Nations expects Earth to house just shy of 10 billion human beings. Sounds like a lot, right? It is, but arthropods ("insects, spiders and other arachnids, crustaceans and myriapods") reading along know better: Our tiny companions outnumber us (and all other mammals) by a staggering margin of over 300:1. Though most of the world is already on board with munching insects, much of Western Europe and North America view the concept as madness. Exo, a Brooklyn-based protein bar maker, is trying to change that. For every $3 bar you eat, the protein you consume is "mostly" from (powderized) crickets, to the tune of approximately 40 crickets per bar. I tried one and can confirm: They definitely taste like protein bars, crickets or not. For Exo co-founder Greg Sewitz, the secret to getting people comfortable with eating bugs is disguising it in foods they're already comfortable with.

Sewitz joined Engadget Senior Editor Nicole Lee and Niwa co-founder Agnieszka Nazaruk yesterday afternoon on stage at Engadget Expand 2014 to talk about the future of food through the scope of two companies with two very different approaches. While Sewitz is clearly pro-bug, Nazaruk and the folks at Niwa are creating a hydroponic grow chamber for indoor micro-farming. It's not meant to replace the supermarket, but it's a step in the direction of more sustainable food production and more nutritious eating, Nazaruk told attendees. In cutting down on transportation costs, both financial and environmental, as well as reducing the time from ground to stomach, Nazaruk argued the many benefits of home food production (even on a micro scale).

For more Expand 2014 coverage, head to our hub right here!

In this article: agnieszkanazaruk, crickets, exo, expandny, expandny2014, food, gregsewitz, insects, niwa, video
All products recommended by Engadget are selected by our editorial team, independent of our parent company. Some of our stories include affiliate links. If you buy something through one of these links, we may earn an affiliate commission.