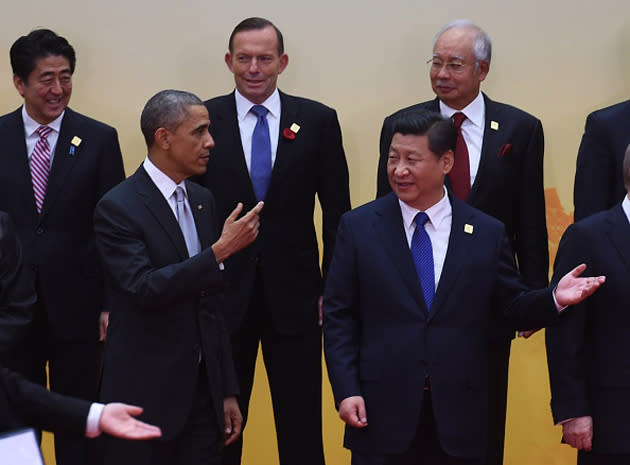 China and the US may be at each other's throats over a lot of tech-related issues, but that hasn't stopped them from finding some common ground. The two nations have reached a tentative deal that expands the range of devices covered under the free trade-oriented Information Technology Agreement. The updated pact would shrink or eliminate the tariffs on computer storage, processors, GPS units and game consoles, among many other gadgets; it would also scrap import duties on additional hardware, including video cameras.

The widened trade potentially helps both countries. The US would get to export many more products to China and protect jobs at home, while China could revitalize its economy and shake its reputation as a source of cheap labor. Both sides still have to hammer out the final details, and there's a chance that Japan and South Korea will want to have a say. There are also no guarantees that the US will get the growth it wants given that China's tech industry is surging and could overshadow American accomplishments. At the least, the deal should lower the costs of making and shipping the devices you buy. You won't necessarily see prices go down, but you're likely to see both American and Chinese products in more places.

In this article: agreement, apec, china, freetrade, informationtechnologyagreement, ita, politics, trade, us, usa
All products recommended by Engadget are selected by our editorial team, independent of our parent company. Some of our stories include affiliate links. If you buy something through one of these links, we may earn an affiliate commission.