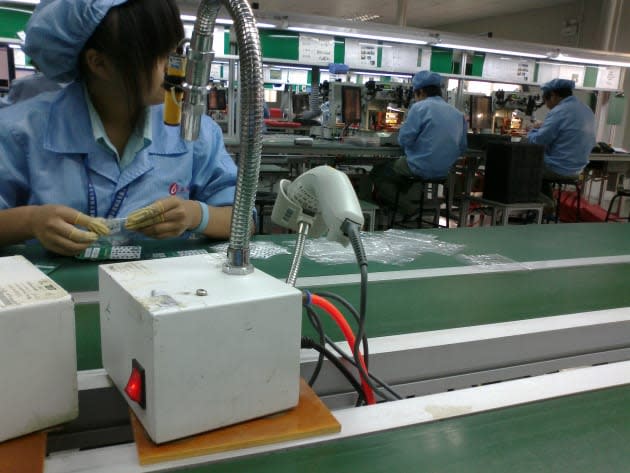 Despite the efforts of major technology corporations, such as Apple and Samsung, to improve labor conditions in China, major problems are still slipping through the cracks. Now, as The Wall Street Journal writes, some Chinese students in their teenage years are reportedly being forced by their schools to work about 12 hours per day, six days a week, on factory assembly lines in that country. It gets worse, though. According to a 16-year-old student who spoke to The Wall Street Journal, she was told to either "spend summer making computers" for an HP supplier or wave goodbye to the chance of graduating from her vocational school. She's only one of thousands of teenagers going through this situation, per the report.

Of course, this only adds more fuel to the fire. Last year, a number of factories in China (and in other parts of the world) came under pressure after findings of child labor violations, unreasonable hours and extremely poor working conditions, so much so that companies like Apple went as far as dropping suppliers. Back then, tech firms promised to monitor the situation closely, along with the China Labor Watch, but it clearly hasn't been close enough to keep these factories from violating the rules.

In this article: Cheap labor, China, China Labor Watch, ChinaLaborWatch, Factories, labor, Student labor, Tech factory
All products recommended by Engadget are selected by our editorial team, independent of our parent company. Some of our stories include affiliate links. If you buy something through one of these links, we may earn an affiliate commission.