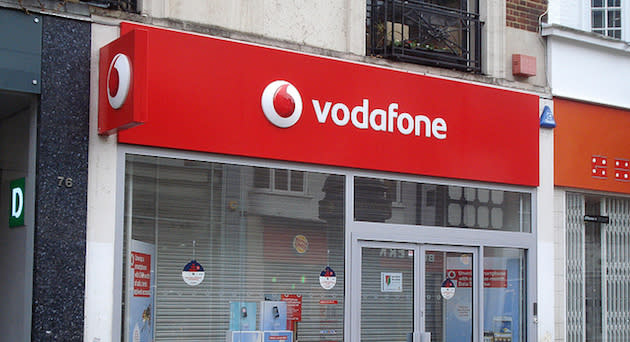 Just as some major UK broadband providers look set to launch their own mobile services, one operator is shaping up to move the other way. In an announcement today, Vodafone confirmed that it'll launch its own home broadband network in the Spring next year, three years after its first attempt resulted in failure. The carrier says it will lean on the infrastructure it acquired when it bought Cable & Wireless Worldwide (CWW) for £1 billion back in 2012, allowing it to join carrier rival EE, but also BT, Sky and Virgin Media in connecting Britain's homes.

Sky is currently partnering with Vodafone to offer an array of 4G perks and use its infrastructure to possibly launch its own virtual mobile network, so it's surprising to see the two companies go from partners to full-on rivals so quickly. BT will also likely keep a keen eye on proceedings, given that it'll likely switch on its own 4G network later this year. Vodafone knows that it's entering a fiercely competitive market, where margins are low and customer turnover is high. With EE and BT incentivising customer signups by offering free access to their own TV offerings, the operator may need to come up with a similar plan if it wants to stand out from its rivals.

In this article: broadband, internet, sky, uk-feature, vodafone
All products recommended by Engadget are selected by our editorial team, independent of our parent company. Some of our stories include affiliate links. If you buy something through one of these links, we may earn an affiliate commission.