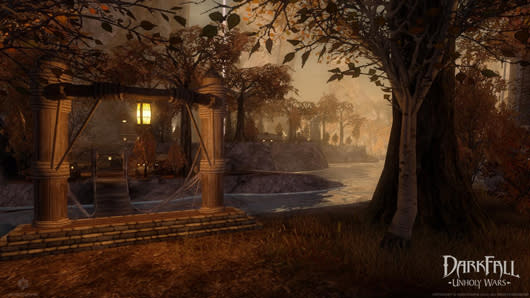 Aventurine has decided to temporarily remove Darkfall's Vale of the Custodian, otherwise known as the game's tutorial.

The move comes "after some deliberation," and for now players will spawn into the fantasy PvPbox and begin their gameplay immediately. Aventurine's announcement post says that the firm will "be looking into revamping and improving the Vale area to provide a better and smoother starting experience for new players."

In the meantime, the devs have created a new seven-minute tutorial video that you can watch after the break.

In this article: agon, aventurine, darkfall, darkfall-tutorial, darkfall-tutorial-video, darkfall-unholy-wars, darkfall-video, df, fantasy, open-pvp, pvp, sandbox, unholy-wars, video
All products recommended by Engadget are selected by our editorial team, independent of our parent company. Some of our stories include affiliate links. If you buy something through one of these links, we may earn an affiliate commission.