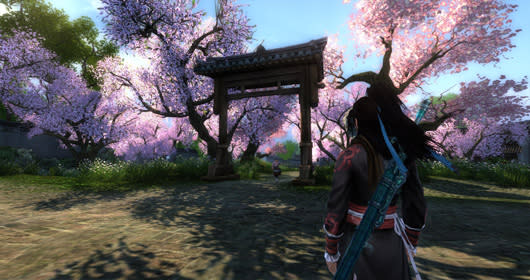 European Age of Wulin players may be disappointed to hear that the release of Chapter 3 will be delayed a week until December 2nd -- until they hear the reason why, that is. Webzen has announced that the Golden Dynasty game server will be moving from Ireland to Frankfurt, Germany, on November 25th. The move is to address the issues of server stability that players have long noted, and aims to provide enhanced server security, stability, ping, and server security. Because the server move had to be pushed back a week, the studio also moved the launch of the next chapter in order to ensure better connectivity and stability during the launch period. Webzen invites players to share their thoughts on the server move on the official forums.
In this article: age-of-wulin, art-of-wushu, Chapter-3, china, chinese, chinese-mythology, kung-fu, martial-arts, sandbox, server-move, update-delay, webzen
All products recommended by Engadget are selected by our editorial team, independent of our parent company. Some of our stories include affiliate links. If you buy something through one of these links, we may earn an affiliate commission.