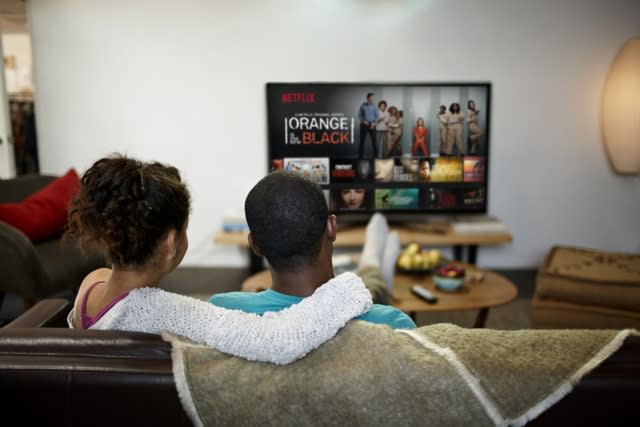 Nielsen, the holy vanguard of television ratings, has finally figured out how to track viewership from Netflix and Amazon's streaming video services. And when it launches next month, it could fundamentally change the sorts of shows you see from them. Since neither Netflix or Amazon offer detailed viewership data, Nielsen has developed a way for its rating meters to track shows by identifying their audio, the Wall Street Journal reports. While it won't track mobile viewers, it will help level the playing field for content owners when negotiating streaming deals, who have so far been clueless about how their shows are performing on Netflix and Amazon. That might lead to some of your favorite shows disappearing, but it could mean streaming data will help decide wether that show you've been binge watching gets cancelled.

This isn't the first time Nielsen has tried to make sense of newfangled viewing habits, though. Last year, the company updated its tracking platform to measure video streams from the web, mobile devices, and other modern viewing sources like DVRs. And it also tapped into Facebook and Twitter for broader viewing trends. The difference this time? Nielsen will be able to track how shows perform on specific streaming services. That could lead to some surprises, like a show that explodes on Netflix after floundering inexplicably on TV. And maybe, just maybe, it will prove once and for all that nobody is using Amazon's instant video.

In this article: amazon, hdpostcross, Netflix, Nielsen, ratings, streaming video
All products recommended by Engadget are selected by our editorial team, independent of our parent company. Some of our stories include affiliate links. If you buy something through one of these links, we may earn an affiliate commission.