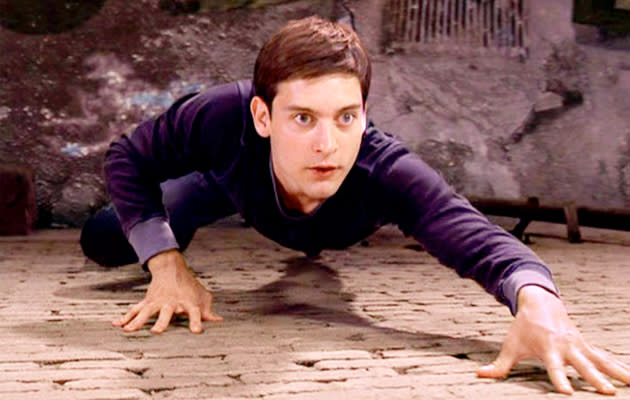 Military types are obsessed with the Gecko because of the unique structure of its feet, which enable it to climb walls like Spider-man. Earlier this year, DARPA told the world that one of its labs had built a pair of pads that would enable a 218-pound person wearing 50 pounds of gear to pretend that they're Tobey Maguire. Of course, the method for building the pads was a closely guarded secret, but a team at Stanford University believes that it's cracked the formula. In essence (really paraphrasing here), the group started with PDMS -- polydimethylsiloxane -- a composite more commonly found in water-repellant coatings, skin moisturizers and at least one franchise burger joint's chicken nuggets. The substance was then molded into microwedges to increase the surface area, and crammed into a hexagonal plate with a handle. Testing is still underway, and as you can see in the video below, it's not the most exciting thing to see -- but we figure that millions of teenagers are currently adding this to their gift lists in the hope of making it easier to sneak in and out on a Friday night.

In this article: Climbing, DARPA, Gecko, Spider-man, Stanford, Stanford University, video, Wall, Z Man
All products recommended by Engadget are selected by our editorial team, independent of our parent company. Some of our stories include affiliate links. If you buy something through one of these links, we may earn an affiliate commission.