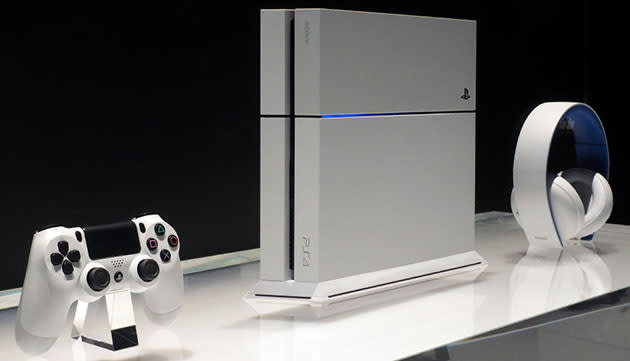 Sony may know how to build great gadgets, but convincing people to part with money in exchange for them has turned out to be nearly impossible. In the outfit's most recent financial results, its faltering mobile division was single-handedly responsible for wiping out the blockbuster profits earned by the PlayStation 4. At a recent investor conference, however, executive Hiroki Totoki told the audience that the company has a new three-year plan designed to staunch these losses. In fact, the plan can be summed up pretty simply as "make a lot fewer TVs and smartphones."

According to Reuters, the plan is a response to more lowered forecasts predicting that Sony Mobile will make a loss of around $1.7 billion by next March. The (new) new strategy will see the company abandon plans to compete with rivals in the market share stakes and concentrate on a smaller clutch of devices that turn a profit even if sales were to stop by 30 percent.

It's not the first outfit to make that decision recently, since Samsung has pledged that it'll reduce the number of smartphone models that it makes to shore up its faltering mobile division. The same report is also claiming that Sony is planning a grander re-organization of its phone arm, although those details won't be revealed until early 2015. As part of the plan, Sony will end its sponsorship deal with FIFA, which will apparently save around $280 million.

In addition to cutting costs, Sony is hoping to earn more money by pumping its gaming division for profits. In addition to selling the PlayStation 4, the company is working on PlayStation Vue, the company's new Netflix-like TV service. Although we'd imagine that the company would need to work on its internal security before everyone starts handing over their credit card details.

In this article: Hiroki Totoki, PlayStation, PlayStation 4, PlayStation Vue, poll, sony, Sony Mobile, wedgies
All products recommended by Engadget are selected by our editorial team, independent of our parent company. Some of our stories include affiliate links. If you buy something through one of these links, we may earn an affiliate commission.