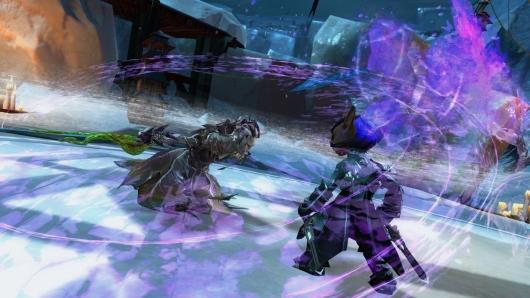 It's fair to say that Guild Wars 2 sells its story pretty highly, as living world progress and story updates are a major part of its content strategy. Head of narrative Leah Hoyer stated in a recent interview that this is one of the core things that games as a whole need to embrace: Story is important in getting players invested. Hoyer went on to say that while story lacks the central importance in games that it has in media like television, it's still an important element of player investment.

Still, she argues, it's harder to tell a good story in a game than it is in a television show, simply because the latter is focused only on story while the former cannot be. This doesn't mean that it's less important, nor does Hoyer feel that it justifies using lore and background as an excuse for not telling a story; a good story requires immediacy. While she believes that lore is highly important, it should help support storytelling rather than replace it. There's a lot of interesting thoughts in the full interview, so whether you like Guild Wars 2's take on story or not, it's well worth a look.
In this article: anet, arenanet, background, backstory, buy-to-play, fantasy, game-narrative, game-story, guild-wars-2, gw2, interview, interviews, leah-hoyer, lore, narrative, ncsoft, news, news-items, story
All products recommended by Engadget are selected by our editorial team, independent of our parent company. Some of our stories include affiliate links. If you buy something through one of these links, we may earn an affiliate commission.