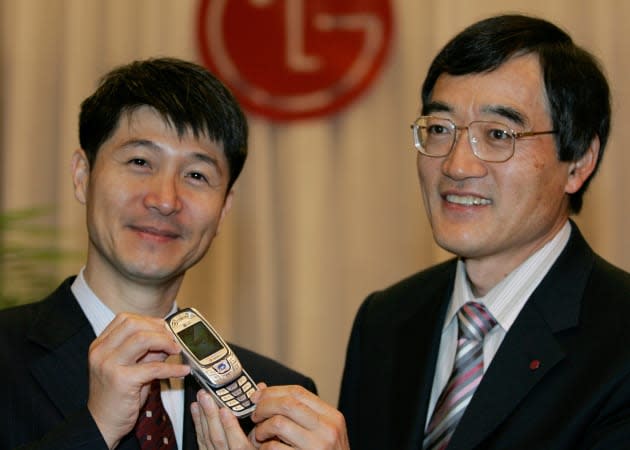 A few days ago, it was rumored that Samsung was planning to replace its head of mobile in a bid to reverse slumping smartphone sales. Now, local rival LG is doing the same thing, albeit for a very different reason. CNET is reporting that current chief Dr. Jong-Seok Park has been suffering from health problems that mean he'll step into an advisory role for the company while Juno Cho (pictured, left) from LG's holding company replaces him. It's a good time to be taking over, since LG's mobile arm recently recorded record high sales and doubled profit -- giving Cho plenty of time to pick out the furniture for his new office.

In this article: Business, Jong-Seok Park, Juno Cho, lg, LG Mobile, Samsung
All products recommended by Engadget are selected by our editorial team, independent of our parent company. Some of our stories include affiliate links. If you buy something through one of these links, we may earn an affiliate commission.