Alcatel One Touch Shockwave reaches US Cellular, takes your bumps and scrapes for $50 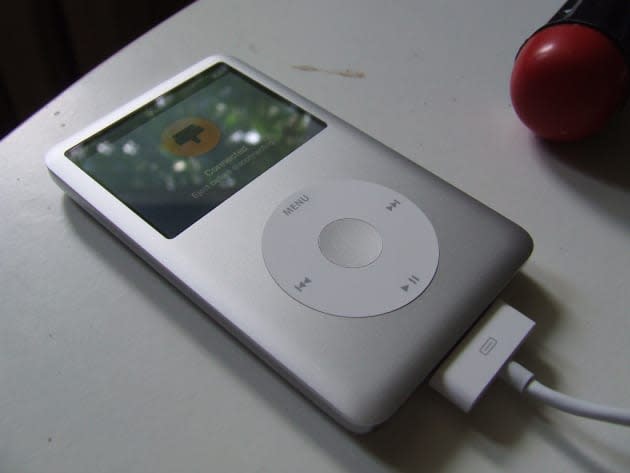 Long before Apple was shoehorning the latest from U2 into your iTunes account, it was deleting songs originating from rival services. Tell us if this sounds familiar: You grabbed Lady Gaga's The Fame Monster from Amazon MP3 in 2009, threw it in your iTunes library, went to sync your 160GB iPod classic and got an error message saying you needed to restore the device's factory settings. According to The Wall Street Journal, upon restoring, non-iTunes music would disappear. In the courtroom for the anti-trust case, prosecuting attorney Patrick Coughlin said that Apple directed the software to not tell users about their now-missing songs, too. Cupertino countered by saying that its actions were to thwart any attempts at hacking into iTunes and that users were kept in the dark for a reason. As security director Augustin Farrugia testified:

"We don't need to give users too much information... We don't want to confuse users."

The plaintiffs say that this showcases Apple's intent to hold off any competitors to the iTunes ecosystem. It's worth mentioning that the outfit still has "FairPlay" DRM in place for books and apps, even though that's no longer the case with music. Should the suit go through, the hardware giant's looking at a $350 million payout, which, under anti-trust laws, could triple. Expect to hear more as the case progresses.

In this article: AmazonMp3, antitrust, apple, augustinfarrugia, DRM, hdpostcross, iPod, iTunes, lawsuit, patrickcoughlin
All products recommended by Engadget are selected by our editorial team, independent of our parent company. Some of our stories include affiliate links. If you buy something through one of these links, we may earn an affiliate commission.