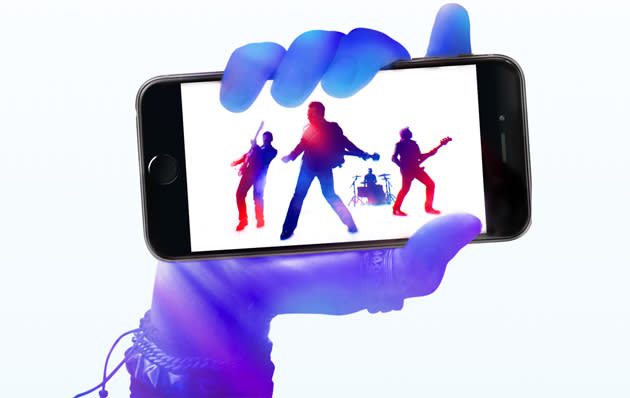 Apple and U2 may have touted that Songs of Innocence iTunes giveaway as a breakthrough music deal, but not everyone appreciated seeing an album forced into their collection. And apparently, front man Bono is now well aware of this -- he just used a fan Q&A on Facebook to offer an apology of sorts. He's sorry that U2 got "carried away" with its idea, and claims that the band was worried that years of work "might'nt be heard" if it had a typical launch.

Bono's contrite response seems sincere, and you might appreciate it if you felt that Apple and U2 were too presumptuous about your interest in receiving free arena-friendly rock. Having said this, the apology rings a bit hollow. The damage has been done, and the band isn't about to reverse a deal that reportedly earned it about $100 million. But hey, look at it this way -- at least U2 is unlikely to repeat the ploy and have your friends once more questioning your taste in music.

In this article: apology, apple, bono, itunes, itunesstore, music, songsofinnocence, u2
All products recommended by Engadget are selected by our editorial team, independent of our parent company. Some of our stories include affiliate links. If you buy something through one of these links, we may earn an affiliate commission.