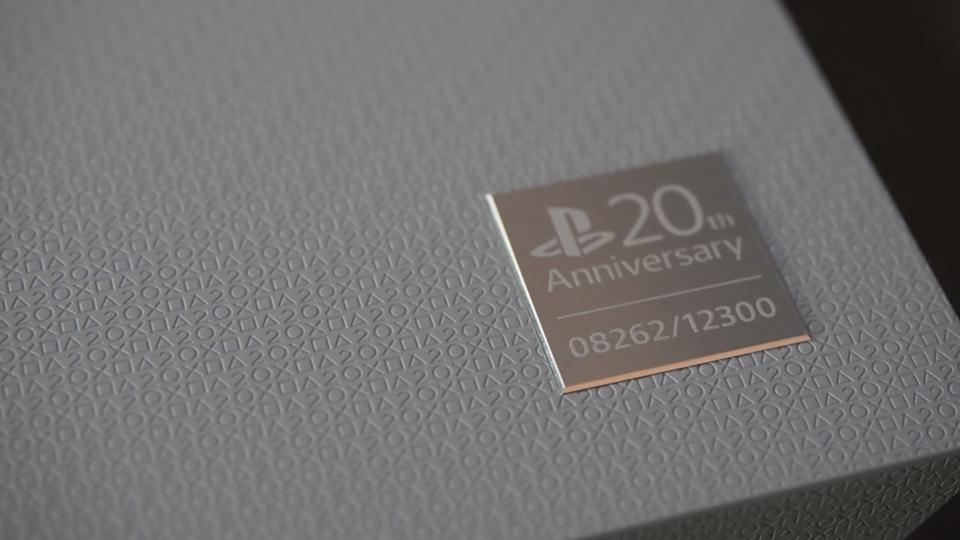 Nostalgia is a powerful tool and Sony knows exactly how to wield it. You need only glimpse the 20th Anniversary Edition PlayStation 4 in real life to fully comprehend that. The limited edition console, which comes with an "original gray" paint job, patterned faceplate and colorful PS logo that hearkens back to the original PlayStation from 1994, is a rare issue -- only 12,300 exist in the world. And, not to rub it in, but we have one of our very own (no. 8,262 to be exact).

What's more, if you didn't lock in a pre-order for one this past Saturday, December 6th, your chances of getting it now are pretty much slim to none. That's it. Game over. Suck it up and move on. After all, it's only a fancy paint job, right? (Yeah, keep telling yourself that.)

Oh sure, you could probably find one up for re-sale online for the simple price of your soul, your unborn child's soul and several of your nearest and dearests' souls... and then maybe toss in the souls of a few innocent bystanders and your mailman's for good measure. But the point is, unless you're an obsessive collector that regularly swan dives into a money bin and has three anthropomorphic ducks as nephews, you'll just have to make due with a plain white or black PS4. Them's the breaks, folks. So why not deal with the disappointment by watching us unwrap the golden ticket that is this 20th Anniversary Edition console? It'll ease the pain. Promise.