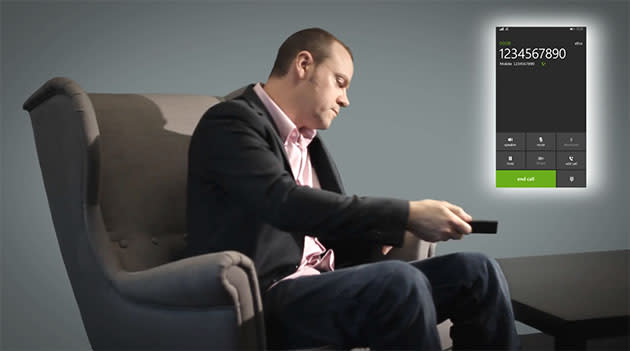 We love the idea of orientation gestures (used by Samsung, HTC and Moto phones and apps like Tasker), but they aren't natively supported on iOS, Android or Windows Phone yet. Microsoft seems ready to buck that trend with the launch of a Gestures Beta app for WP8 Lumia phones. As shown below, it'll let you answer a call by raising the phone to your ear, listen on speakerphone by setting it on a table and mute the mic with a face-down flip. Microsoft planned to launch a similar feature for WP8.1 called "3D Touch" with other features like a grip sensor, possibly alongside the now-defunct McLaren phone. There's no sign that'll come anytime soon, but at least there's now an app -- just bear in mind that it's still in beta, and functionality is "limited" for the Lumia 530, 630 and 635.

In this article: 3DTouch, Gestures, GesturesBeta, microsoft, mobilepostcross, WindowsPhone
All products recommended by Engadget are selected by our editorial team, independent of our parent company. Some of our stories include affiliate links. If you buy something through one of these links, we may earn an affiliate commission.