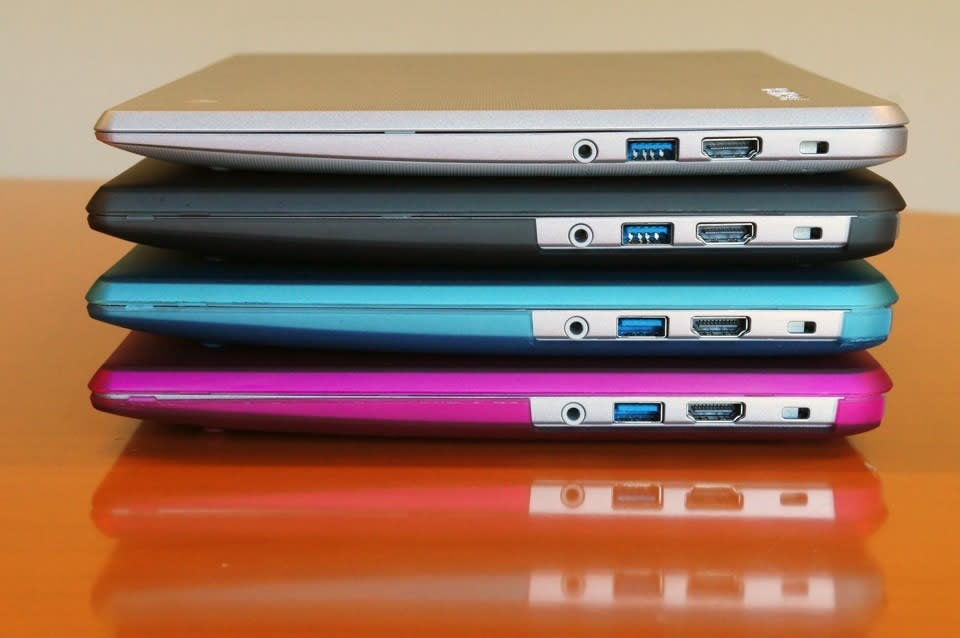 Seven years ago, netbooks were all the rage with consumers, providing a cheap and easy way to get online and carry out other basic computing tasks. They died out as cellphones and tablets became popular, with some companies even forecasting the death of the laptop entirely. But it turns out that people still need notebooks for some things, and it helps if the device is cheap -- but most people still want a little more oomph than the standard low-power netbook. That's where Chromebooks step in. Small, lightweight and running Chrome OS, Chromebooks have exploded in popularity the past few years. As such, we've found ourselves reviewing quite a number of models in recent months. But which one should you buy? We've recommended a few devices in our buyer's guides before, but it's never one-size-fits-all. So we took a look at some recent releases, peeping at our own reviews as well as those of other trusted critics to make your buying decision a little easier.

Frank Spinillo contributed to this report.

In this article: acer, Acer Chromebook 13, Acer Chromebook C720, Chromebook, Chromebook Pixel, google, reviewroundup, samsung, Samsung Chromebook 2, toshiba, Toshiba Chromebook 2
All products recommended by Engadget are selected by our editorial team, independent of our parent company. Some of our stories include affiliate links. If you buy something through one of these links, we may earn an affiliate commission.