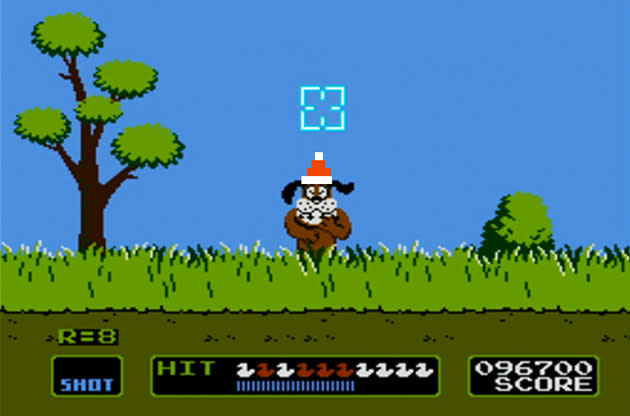 Want to know what Christmas morning was like back in (not-so) old uncle Jim's day? Well if you own a Wii U, maybe this year you can. As you wipe the sleep from your eyes on December 25th and run downstairs, you'll finally be able to take the digital wraps off Duck Hunt -- as Nintendo's just confirmed that's when it will be available via Virtual Console. Finally you can pop a cap in a few majestic mallards -- just like uncle did all those years ago -- only with a Wiimote rather than a light gun (at least Nintendo didn't mention one yet). There's no word on whether you'll need to pay up for the privilege yet, either. If you are uncle/aunt Jim/Jane/whatever (like me), then perhaps instead you can show your favourite niece/nephew, exactly how it's done -- you old dog.

In this article: Duck Hunt, Entertainment, hdpostcross, nintendo, Virtual Console, Wii U
All products recommended by Engadget are selected by our editorial team, independent of our parent company. Some of our stories include affiliate links. If you buy something through one of these links, we may earn an affiliate commission.