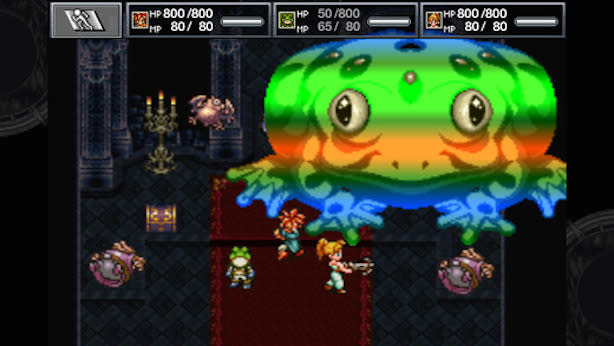 Just last month, Square Enix released what it stated was the last planned DLC for Theatrhythm Final Fantasy: Curtain Call. The developer's plans thankfully seem to have changed however, as a report from Dengeki Online (as translated by Siliconera) notes extra, impending DLC tracks featuring tunes from Chrono Trigger, Secret of Mana, Final Fantasy 14 and the SaGa series.

A bulletpoint outline is available after the break for this batch of tracks, which will arrive on Japan's 3DS eShop on December 24 for 150 yen apiece (though "Ultima" and "Hard to Miss" will be free for the first two weeks). Square Enix hasn't shared plans to bring the DLC encore stateside, but hopefully it will succumb to the gift-giving spirit and spread the love.
[Image: Square Enix]
In this article: 3ds, chrono-trigger, dlc, ff14, final-fantasy, nintendo, saga, secret-of-mana, square-enix, theatrhythm-curtain-call, theatrhythm-final-fantasy-curtain-call
All products recommended by Engadget are selected by our editorial team, independent of our parent company. Some of our stories include affiliate links. If you buy something through one of these links, we may earn an affiliate commission.