The Big Picture: Building an electric 'armored' car out of wood 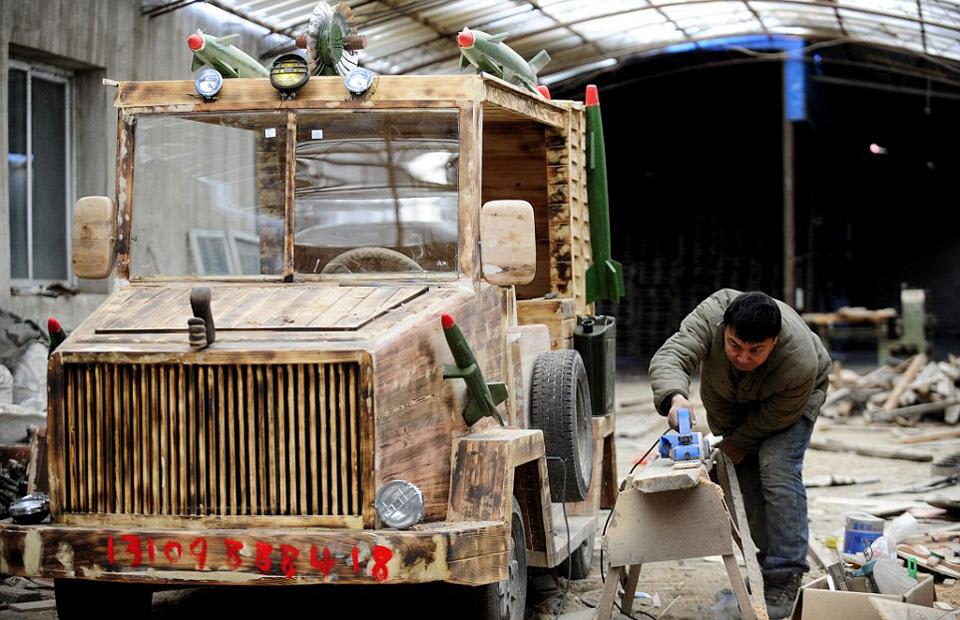 If you think the coffee table you've been building in your spare time is pretty sweet, just wait until you get a load of what Liu Fulong has been making. The Shengyang, China resident recently finished his own electric armored car after four months of work, despite having no formal training in automotive design. As you might guess from the photo above, the "armored" label is based more on appearance than functionality. That wooden body probably wouldn't stop many bullets, and the missiles are purely cosmetic. But hey, the car underneath works -- Liu can get around at a respectable 30MPH (faster than his previous 20MPH project), and he factored in crucial elements like lights, mirrors and spare tires. Is this safe? Probably not, but it's proof that you don't need to be a wealthy entrepreneur to build your own eco-friendly ride.

In this article: armoredcar, bigpicture, china, electricvehicle, ev, homebrew, homebuilt, homemade, liufulong, thebigpicture, wood, wooden
All products recommended by Engadget are selected by our editorial team, independent of our parent company. Some of our stories include affiliate links. If you buy something through one of these links, we may earn an affiliate commission.