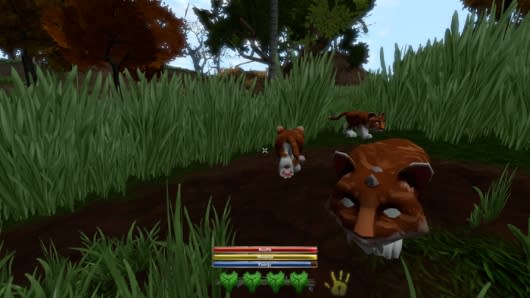 After all the stress that TUG went through with a series of layoffs and funding issues, it almost seemed like too much to hope that Nerd Kingdom would actually secure the investors they were looking for. But good news does come around this time of year. The game has its additional funding secure, which means that it's out of the woods, at least for now.

The multiplayer portion of the game continues in heavy development (there's a preview video just past the break) and supporters are implored to really go to town and help find bugs in that build. Players are also encouraged to check out the Nerd Kingdom booth at the upcoming PAX South. It's good news for fans of what the game is now and what it could eventually become, so keep your eyes peeled and breathe a sigh of relief that the money from the sky actually came through.

In this article: beta, betas, crowdfunding, funding, game-mechanics, investment, kickstarter, nerd-kingdom, news, news-items, sandbox, the-untitled-game, tug, video, videos
All products recommended by Engadget are selected by our editorial team, independent of our parent company. Some of our stories include affiliate links. If you buy something through one of these links, we may earn an affiliate commission.