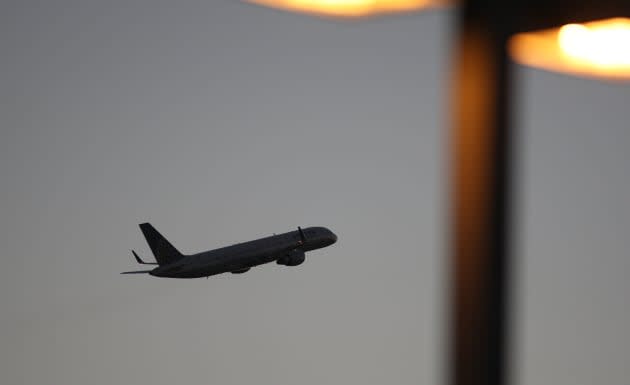 You know how it's often cheaper to fly from Chicago to Paris by booking a flight to Dubai, and then just getting off at the stopover, which happens to be Paris? Well, you do now thanks to a lawsuit from United Airlines and booking site Orbitz -- they're suing a site called Skiplagged, which arranges "hidden city" connection discounts. Here's how it works: airlines often charge more for popular routes like Chicago/Paris than for less popular, but much longer, multi-connection routes like Chicago/Dubai. Skiplagged susses out such routes and steers you to the cheaper tickets -- you just need to get out at the "hidden city" stopover.

Airlines, of course, have a huge problem with this. According to Bloomberg, they told Orbitz that the practice is fraudulent and that they'll void a ticket without refund if they catch travelers doing it. They reason that it exploits the hub-and-spoke system, causing public safety and logistical problems with passenger counts. Other experts say airlines don't like it because it costs them money, and American Airlines even threatened to raise fares due to increased use of the trick. United and Orbitz are seeking a court order to halt the practice, and while Skiplagged had no comment, it's now soliciting donations from users to fight the suit in court. So far, it's two-thirds of the way to its goal.

In this article: connection, fares, HiddenCity, Skiplagged, Stopover, United, video
All products recommended by Engadget are selected by our editorial team, independent of our parent company. Some of our stories include affiliate links. If you buy something through one of these links, we may earn an affiliate commission.