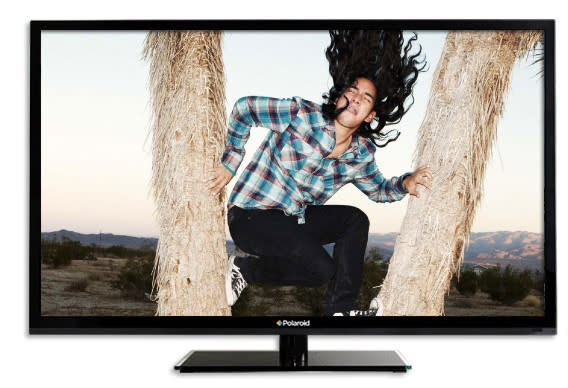 Polaroid's been struggling with a bit of an identity crisis since the halcyon days of instant photography. Did you know, for example, that the company's been putting its name on TVs? Polaroid's celebrating CES with the release of two ambitious (if not particularly memorably named) sets at extremely low price point. The more notable of the two is a 50-inch 4K set with three HDMI inputs, priced at $1,000. Can't quite swing that? Good news, a mere $600 will get you a 50-inch set with a Roku Streaming Stick built-in -- and that one's got HDMI inputs, as well. Both sets will be on-hand in Vegas next week.

In this article: 4k, 50GSR7100, 50GSR9000, ces2014, hdpostcross, polaroid, roku
All products recommended by Engadget are selected by our editorial team, independent of our parent company. Some of our stories include affiliate links. If you buy something through one of these links, we may earn an affiliate commission.