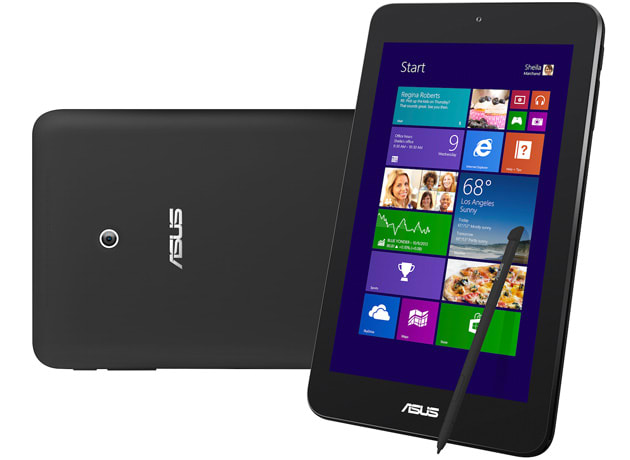 ASUS' VivoTab Note 8 has been one of CES' worst-kept secrets, but we're still glad to see that it's finally official. The 8-inch Windows 8.1 tablet is a direct foil for Dell's Venue 8 Pro, and includes a familiar-sounding 1,280 x 800 IPS display, 2GB of RAM, a 5-megapixel rear camera and an HD-capable front cam. Most of the differences revolve around its namesake pen input; the VivoTab includes a Wacom stylus that can handle 1,000 pressure levels, arguably trumping Dell's less sophisticated (and purely optional) approach. An ever-so-slightly faster 1.86GHz Bay Trail Atom chip doesn't hurt, either. The tablet should ship either late in the first quarter or early in the second, with prices starting at a frugal $299 for a 32GB model and climbing to $349 for a 64GB edition.

Source: ASUS
In this article: asus, ces2014, pen, stylus, tablet, vivotab, vivotabnote8, wacom, windows, windows8.1
All products recommended by Engadget are selected by our editorial team, independent of our parent company. Some of our stories include affiliate links. If you buy something through one of these links, we may earn an affiliate commission.