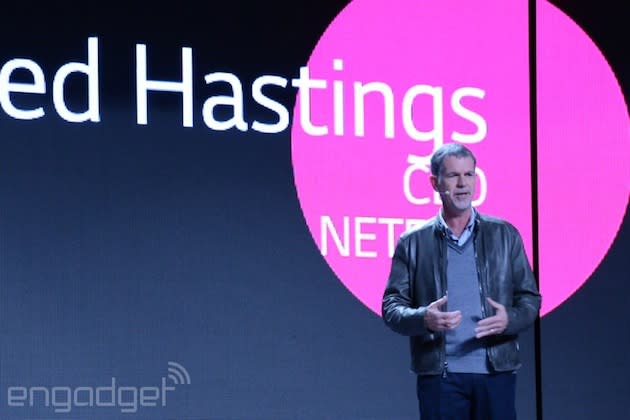 Netflix CEO Reed Hastings just crashed LG's CES 2014 press conference (we're sure he was invited) to announce, officially, that House of Cards will be one of the first shows available in 4K later this year. Already shot and mastered in 4K, the show is a natural fit, although it seems viewers will need to use the Netflix players embedded in their Ultra HD televisions to stream this show in the highest quality possible. We're going to ask Netflix how it plans to fit all those pixels through our skinny internet connections when we get a chance, but for now HoC fans can bite into a new season two trailer after the break. In this article: 4k, ces, ces2014, hdpostcross, houseofcards, KevinSpacey, lg, netflix, ultrahd, video
All products recommended by Engadget are selected by our editorial team, independent of our parent company. Some of our stories include affiliate links. If you buy something through one of these links, we may earn an affiliate commission.