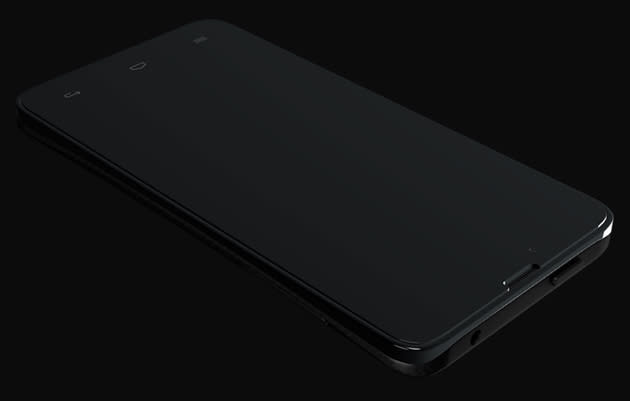 You may never have heard of Geeksphone, unless you take a particular interest in Firefox OS, but the Spanish manufacturer could be about to garner some global attention. It says it'll launch a new handset at Mobile World Congress next month that will prioritize privacy and security instead of all the intrusions that smartphone users usually have to put up with from carriers, advertisers and the occasional government agency. We're looking at an Android-based phone with a "top performing" processor and a cellular module that will be unlocked, free of geographical restrictions and compatible with any GSM network. In place of carrier bloatware, we're promised a skin called "PrivatOS" that will allow you to make and receive secure phone calls and text messages, store files securely and browse the web privately through an anonymous VPN -- services that are largely already available from Silent Circle, which happens to be a key partner on the Blackphone project. That's pretty much all we know for now, but pre-orders will begin sometime during the last week of February, and by then we hope to have hands-on impressions and a better understanding of how Blackphone will be different to BlackBerry encryption, Samsung's Knox service and other more established rivals.

In this article: blackphone, geeksphone, mobilepostcross, privacy, privatos, security, silent circle, silentcircle, vpn
All products recommended by Engadget are selected by our editorial team, independent of our parent company. Some of our stories include affiliate links. If you buy something through one of these links, we may earn an affiliate commission.