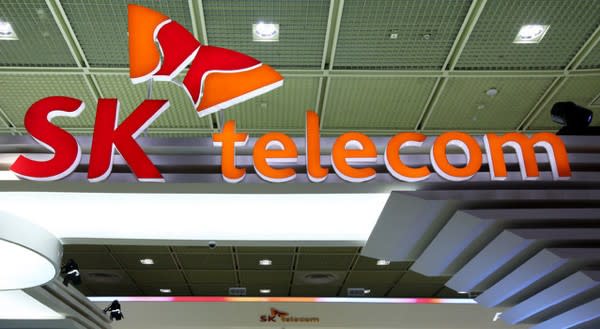 Most of us in Europe and North America try not think about how much we're getting smoked by Asia in terms of internet speeds, but here's another reminder: residents in South Korea will soon enjoy 300Mbps wireless on carriers SK Telecom and LG's U+. That follows a similar effort by CSL in Hong Kong, which achieved the same speed by combining two 20MHz LTE bands. However, SK and U+ will use so-called LTE-Advanced 3-band carrier aggregation tech, marrying three bands to achieve the higher speeds. Before residents there can download the proverbial 800MB movie in 22 seconds, though, 3-band aggregation will have to be standardized globally and adopted by smartphone chip makers (Qualcomm's Snapdragon 805 chip is rumored to support it). While you're mulling that, SK Telecom will actually be showcasing even better 450Mbps tech in February at Mobile World Congress -- so enjoy your 75Mbps max LTE, citizens.

Update: According to the Korea Herald, LG U+, the nation's number three carrier, will also deploy 300Mbps speeds along with SK Telecom sometime in 2014. The post has been updated to reflect that.

In this article: 300Mbps, carrier, MobileInternet, mobilepostcross, SKtelecom, SouthKorea, wireless
All products recommended by Engadget are selected by our editorial team, independent of our parent company. Some of our stories include affiliate links. If you buy something through one of these links, we may earn an affiliate commission.