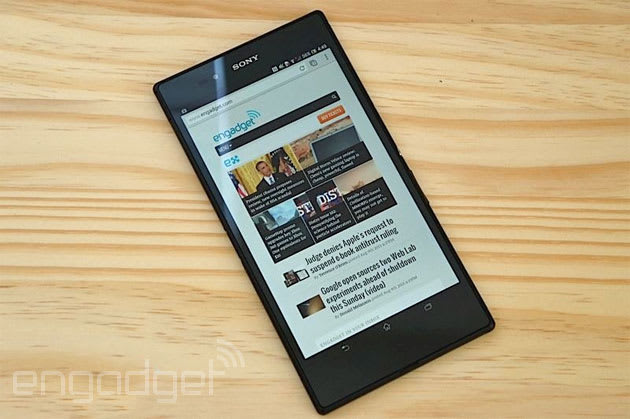 Dropping its radios for cell service and turning itself into a tablet... The 6.4-inch Xperia Z Ultra may be big enough to pull it off, but are you willing to pay just under $500 (52,000 yen) for the pleasure? Sony hopes you will. It's a Japan-only deal for now (neatly tying in with KDDI's own 4G-capable Z Ultra, also announced today), but we could imagine it filling tablets shelves at your nearest electronics store. If Sony tells us anything more, we'll let you know.

Source: Sony Japan
In this article: japan, kddi, mobilepostcross, sony, wifi, xperia, xperiaultraz
All products recommended by Engadget are selected by our editorial team, independent of our parent company. Some of our stories include affiliate links. If you buy something through one of these links, we may earn an affiliate commission.