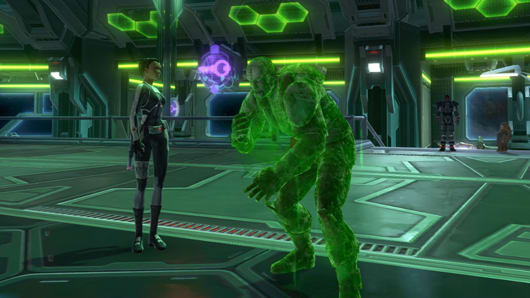 Last week, we began to see the warnings from Alderaan of wild beasts attacking random citizens in Star Wars: The Old Republic. Today, Massively has discovered that it is in fact a new outbreak of the Rakghoul plague that hit Tatooine nearly two years ago. Addalar Hyland, the director of Galactic Solutions Industries, confirms these reports after sending multiple teams to investigate the attacks.

Governments of both the Empire and the Republic are asking citizens to be wary when traveling as the plague is highly contagious. Based on the image above, we discovered that it could be spreading off the origin planet of Alderaan and might have made it to the Imperial fleet.

If you have skills that might assist in ridding the galaxy of this lethal plague, we urge you to watch this video below then report to the nearest GSI representative immediately.

Coverage: SWTOR official site
In this article: alderaan, bioware, ea, electronic-arts, f2p, free-to-play, Galactic-Solutions-Industries, GSI, in-game-event, in-game-events, lucasarts, rakghoul, rakghoul-plague, sci-fi, star-wars, star-wars-the-old-republic, swtor, the-old-republic, THORN, tor
All products recommended by Engadget are selected by our editorial team, independent of our parent company. Some of our stories include affiliate links. If you buy something through one of these links, we may earn an affiliate commission.