A prescient Steve Jobs predicted our obsession with mobile apps 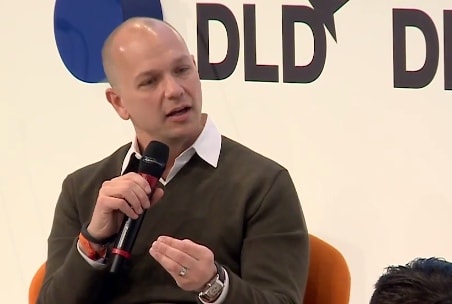 At the DLD conference this week, former Apple man and current Googler Tony Fadell sat down with Laurie Segall of CNN to talk about, you guessed it, Google's US$3.2 billion acquisition of Nest Labs.

During the course of an engaging 20-minute interview, which is well worth watching in its entirety, Fadell was asked what type of knowledge he was able to glean from Steve Jobs during his time at Apple.

Recall that Fadell is much more than a "Oh, he used to work at Apple" kind of guy. Fadell helped create, design, and engineer the original iPod whereupon he helped develop 18 iterations of the device. What's more, he helped work on the first three generations of the iPhone. More than an Apple employee, he was an employee who rose to the executive ranks and had an invaluable impact on Apple becoming a major player in the tech sphere once again.

So when asked what he learned from Jobs, Fadell answered that it's all about the entirety of the user experience:

Steve really showed me what it means to make a product experience. And an experience is not just using the product and making sure its beautiful. You know, I kind of learned that before because I worked with a Mac team pre-Apple and they taught me how to make great products. But about making great experiences, experiences are all about the very first time you ever learn about the company. Whether it was a video you just saw or the first time or maybe you saw it in a retail shop or the first time you heard it from a friend who said, "This is something you should really take a look at."

It's starting from that very first customer touch point and looking at every single touch point and making sure that there's emotional positive momentum all the way through that experience. So, their first contact with it, your second contact with it, when you take it out of the box, how you might configure and install it, how it's used, how it's serviced, all of those things need to be taken into account to create an amazing experience. And so if you look at something like what they're doing with retail and all of those other things, you'll see those customer touch points throughout every single area. And making sure the brand comes to life and the product comes to life through that.

In previous interviews, Fadell has also praised the Apple design process, noting that 99% of products at Apple that pass certain internal milestones are actually released to the public.

Notably, there have been been a few circulating reports indicating that up to 2/3 of the Nest Labs team are former Apple employees. While we can't confirm those numbers specifically, though some have tried by scouring LinkedIn, Fadell at about 4:20 mark mentions that the team at Cupertino that "changed the entire world" basically built Nest Protect and the learning thermostat.

As a final point, if any of Fadell's statements about Jobs sound even vaguely familiar, legendary Apple ad man Lee Clow relayed similar points about the Apple co-founder during a talk this past June.

"Steve figured out," Clow explained, "that every way a brand touches you is a message, and it's either a positive message or it's a message that kind of contradicts what you thought about the brand."
In this article: steve jobs, tony fadell
All products recommended by Engadget are selected by our editorial team, independent of our parent company. Some of our stories include affiliate links. If you buy something through one of these links, we may earn an affiliate commission.