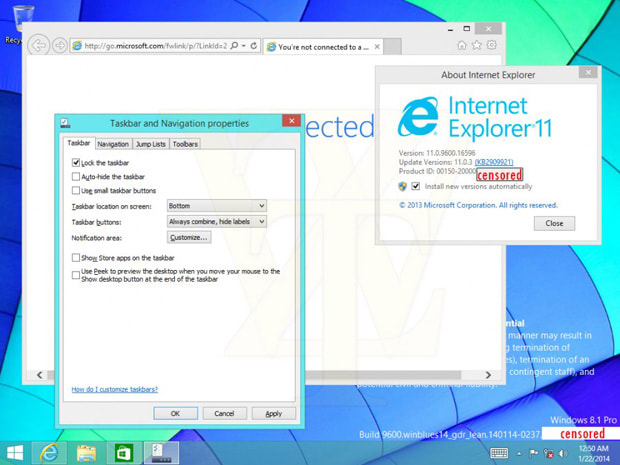 We may not have to wait long to get that Windows 8.1 interface tweak, after all. ZDNet hears from sources that Microsoft wants to release the upgrade, tentatively named Update 1, on March 11th. The patch may let you do more than pin Windows Store apps, too: Redmond's developers will reportedly be able to optimize Windows' memory and storage footprints for lower-end tablets. ZDNet also reports that the software will be more business-friendly, though it's unclear how. We wouldn't be surprised if the launch details change, but it would certainly be nice to get a significant Windows refresh at the same time that we're picking up Titanfall.

Source: ZDNet
In this article: leak, microsoft, rumor, software, windows, windows8.1, windows8.1update1
All products recommended by Engadget are selected by our editorial team, independent of our parent company. Some of our stories include affiliate links. If you buy something through one of these links, we may earn an affiliate commission.